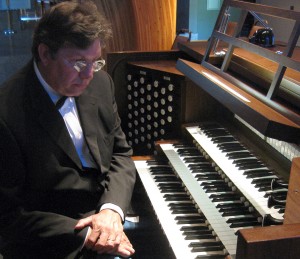 Francis Koerber was born on January 1, 1955 to Francis and Rose Koerber in Tarrytown, New York. Francis began his piano studies at the age of 5 and musical composition at 11. He received training as a vocal soprano and studied private piano under Thomas Sullivan, organist and choirmaster of Immaculate Conception Roman Catholic Church in Columbus, Ohio during most of his elementary education. Francis became a member of the renowned boys choir, taking its members from the adjoining school, this choir was an integral part to the liturgical life of the community, providing music for liturgies, devotions, weddings and funerals on a regular basis.

Upon moving to Baltimore, Maryland in 1969, Mr. Koerber took up studies at the Peabody Preparatory of Music under various teachers in private piano performance, music theory and composition. Simultaneously, he studied theory at Towson High School under James Sipes and was a member of Towson High Chorus under the direction of Thomas Johnson.

Mr. Koerber’s collegiate studies included organ performance, composition and theory at Towson State University with organ professors John Hoffman and Thomas Spacht. He also studied composition with professors Theldon Meyers and Gordon Cyr and then went on to study composition with Jean Echielberger Ivey at the Peabody Conservatory of Music.

His choral works have been performed by the Baltimore Symphony Chamber Singers, Towson State University Chorale, Coro Odyssea of Lisbon, Portugal, and numerous church, cathedral, chamber choirs and ensembles including his own schola, Vox Vitae. His liturgical settings have been produced and aired regularly on EWTN Catholic Cable Network.

Working directly with the United States Conference of Catholic Bishops Francis has provided liturgical music for conferences in Washington D.C. in connection with the pro life secretariat.

MyOpus.com is his own website where he publishes and offers his works to the public.

Francis worked as a piano technician for Kunkel (Baldwin) Piano Company in 1978-79. He then went on to work for Warfield Piano Company which today carries an inventory of the finest hand made Europeans instruments in the world including Hoffman, Feurich, Walter, Knight, Petroff, and others.